Last held in 2016, the MENA Transport Congress & Exhibition is one of the best-attended public transport events in the Middle Eastern / North African region. As a growing corner of the world facing increased pressure on current infrastructure, MENA is an area full of opportunity for public transport services and technology to operate them in a sustainable, efficient manner.

This buzzing event brought together transit professionals for networking, exchanges of ideas (through both presentations and exhibitions) and learning opportunities. If you weren’t able to attend, read on for details:

In the keynote speech on Day 1, H.E. Mattar Al Tayer, the Director General and Chairman of the Board of Executive Directors for the Dubai Roads and Transport Authority (RTA), said they would continue investing in full multimodal transportation including walking and bicycle-sharing.

Despite the general assumption that local conditions and the weather are not conducive to the popular uptake of these non-motorised methods of transport, he said the government was committed to finding a way to get residents interested in them given the obvious benefits for the community.

Delighting commuters: how do we get there?

I had the privilege of attending the Customer Happiness Roundtable, where a diverse mix of transport authorities and operators from across the globe discussed how they have incorporated customer satisfaction as a key part of their overall strategies to drive an increase in public transport ridership.

Roger Vahnberg, the Senior Vice President of Vasttrafik AB, Gothenburg, told us how they had to change their entire strategy and organisational culture to put customer satisfaction first. Some actions they took were:

Between these tactics and a successful cultural change internally, Vasttrafik AB was able to achieve the great improvements they sought.

Tokyo-based East Japan Railway Company’s Takao Nishiyama detailed how his organisation dealt with their issue of scalability. They receive 36,000 calls a day to their call centre; to improve customer service, they are investing in Artificial Intelligence (AI) and social media to give passengers quick answers in real time.

It was clear that the first step to achieving customer happiness starts at home (or rather, at your offices). World-renowned operators Transdev and Keolis both spoke about their strategies to drive their culture and teams to deliver better customer service. Interestingly, both companies experienced an uptick in customer satisfaction after empowering their staff through training.

The future of taxi in a technology-driven world

I also attended the Future of Taxis and Ride Hailing Apps session. As you will know, people both within and without the industry have been saying for years that taxis will disappear as the sector faces increasing challenges worldwide due to technological advances. Chaired by Dr. Yousif Al Ali of the Dubai Roads and Transport Authority (RTA), it was a great examination of how authorities are handling the growing popularity of eHail services in the MENA region. Mohammed Abubaker Al Hashimi from the RTA was the first panellist to speak. Dubai is projected to double its current population of 2.6 million to over 5 million by 2030 and the RTA’s goal is to automate 25% of transport operations by then. His tips for other taxi operators were:

He said that eHailers deliver a great customer experience and therefore, it is vital that taxi operators do the same to remain competitive.

Mohammed Abubaker also told the audience that the RTA is producing a MaaS app and using Trapeze’s taxi business management system as part of its strategy to integrate all modes of transport within the emirate. The results speak for themselves, with estimated arrival times for taxis dropping more than 40% to 10 minutes. He then recommended that other operators do the same, saying Singapore is already following Dubai’s example in regulation and process.

Ismail Vadi from the Department of Roads and Transport of Gauteng (South Africa) spoke about how they have begun regulation of the eHail industry and released a multimodal MaaS app.

Arthur D. Little’s Joseph Salem also urged taxi operators to act today to improve customer satisfaction to avoid being left behind. He cited shortening wait times, making it easier to book and pay, improving eCommerce capabilities and using a rating system that tightly links a driver’s customer service to his compensation as tasks that could be implemented to achieve this.

Last but not least, Othman Mohammed Alothman from Saudi Arabia’s Public Transport Authority spoke about the need for taxi operators to be agile and flexible to compete. He suggested that large scale and reach was key to staying competitive and therefore an investment mindset is needed to build apps, implement systems and grow vehicle fleets. This would level the competition with ride-sharing companies and eventually achieve a win-win equilibrium between taxi operators and eHailers.

There was also speculation that autonomous ‘robotaxis’ will soon disrupt the market as autonomous vehicle technology gets closer and closer to widespread implementation in the public transport sector. The panel urged taxi operators and transport authorities to get ready to adapt to and/or integrate their presence in the future. 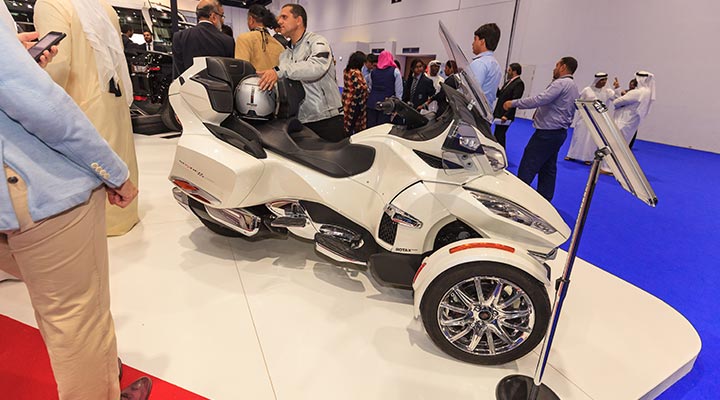 Managing Director of Trapeze Group Middle East, Matthew Brownlie, presented on the first day of UITP MENA in the first expo session, Tools for Public Transport Optimisation. Matthew has worked in the public transport and information technology industries for 15 years, with experience spanning Australia, the United Kingdom and the Middle East.

The Industrial Internet of Things (IIoT) is a relatively new term that was coined to describe the use of IoT technology for (you guessed it) industrial purposes. The connectivity between assets is greater than ever before – how can passenger transport organisations harness the latest advances in IIoT to deliver optimal customer satisfaction without blowing their budget?

Customers have a basic expectation that services run on time and that things just work. Here’s a few of the most common causes of customer unhappiness – they’re all issues relating to asset reliability and performance: 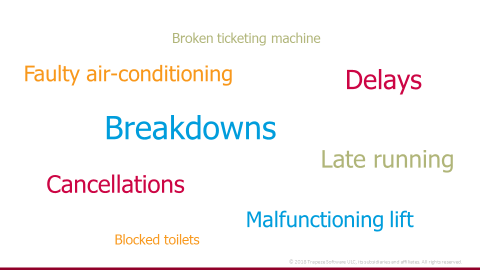 Basically, when one of your assets stops doing what it’s supposed to do, it impacts your ability to deliver services and directly prevents you from delighting customers. This is where EAM comes in: to close the loop between IIoT picking up the precursors of asset failure in real time, and your maintenance teams knowing what they need to do and when.

Trapeze also recently spoke to senior transport executives from the region on How the Middle East Can Become a Global Leader in EAM – check out this infographic summarising the discussion.

UITP MENA was a great place to showcase our new translation app to transport authorities and taxi operators looking for innovative new ways to increase customer happiness. We would like to thank our long-time customer, the Dubai RTA, for the opportunity to have a presence at their stand. Trapeze’s delegates from both Asia Pacific and Europe look forward to returning to UITP MENA! 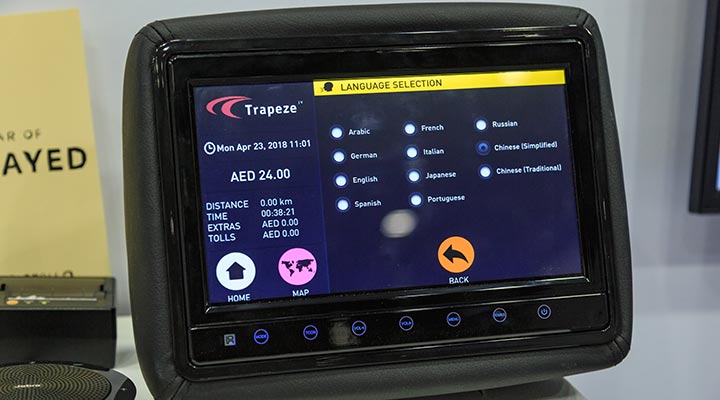 *Do you have a special interest in customer satisfaction? This article on keeping commuters happy may be of interest to you.