I recently attended the Philippine Railway Modernisation & Expansion Summit in Manila from 24 – 25 October 2018.

If you missed this event, read on to find out what happened!

The State of Rail in the Philippines

It is extremely exciting times in the Philippines to be a rail asset management professional.

A number of times throughout the summit, it was mentioned that the Philippine’s railway infrastructure is very old and has reached end of life. However, President Rodrigo Duterte has ambitious goals for rail modernisation.

Senior government representatives such as Senator Grace Poe assured us that the Duterte government is focusing on railway infrastructure development as a major priority: 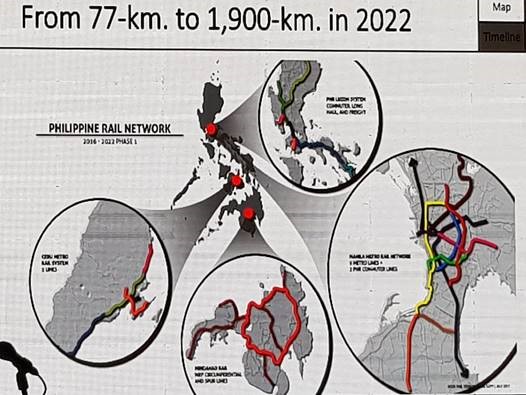 The Department of Transportation’s Undersecretary Timothy Batan gave a very strong, firm message that they are serious not only with the projects, but with their officials, policies and timelines. Under the new government’s leadership, they are eager to make the rail network in Manila one of the world’s best.

Assistant Secretary Carlos Abad Santos from the National Economic and Development Authority (NEDA) told us that the government has placed upgrading or rehabilitating railway infrastructure projects as one of its top priorities in the Infrastructure Development Framework 2017 – 2022.

A comprehensive framework and structure called the Philippine Transportation System Master Plan (PTSMP) is being developed and will be finalised by end of 2018. This will form a framework of policies and standards for multimodal systems.

Moving Forward as an Industry

Some notable advice was given by ARUP’s Tim Suen, the Regional Railway Team Leader. He said that in order for all the railway projects mentioned during the event to be successful, the Philippine government must consider implementing local standards. This is important to ensure there is a clear framework and guidelines for compliance to manage and mitigate risks.

The Light Rail Manila Corporation’s General Counsel, Philip Ranada, also gave a great presentation where he showcased their achievements in reliability and spoke about their efforts in delivering a sustainable rail programme.

Another impactful take-home message was the importance of rail to the community and why we should feel proud of the contribution we, as rail professionals, make to society.

Poor public transport and rail services cause people to spend many hours stuck in traffic instead of at home with family. In a family-oriented culture like the Philippines, this affects social cohesion and reduces quality of life. Having better rail services will mean people can spend more time at home, as opposed to commuting to work.

My colleague, Michael Scollo, flew over from Australia to present on Day 2 of the summit. Michael has over 15 years of enterprise asset management experience and is the EAM Industry Solutions Manager at Trapeze Group Asia Pacific.

There is a large number of projects happening in the Philippines: old infrastructure slated for rehabilitation, projects currently in the ‘build’ phase and even more proposed railways in the planning stage.

It is critical at this juncture to think about asset management. Many people only start looking into asset management at the ‘operate and maintain’ phase, but best practice is to actually start doing this right from the beginning. 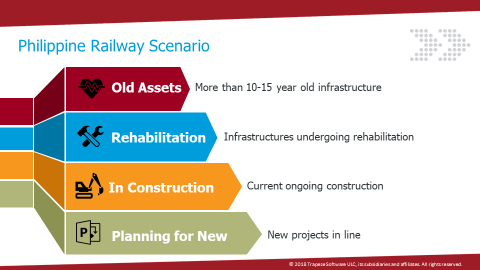 By taking a holistic approach to managing assets throughout their lifecycle, you can future-proof your asset management strategy and optimise your:

The Philippine Railway Modernisation & Expansion Summit was an opportunity to be inspired by the positivity and energy surrounding the revitalisation of railway infrastructure in the Philippines. The economy is doing well and leading to a boost of confidence in business and infrastructure investment in the region.

For rail asset management professionals, this is an exciting time as there are plenty of projects to sink your teeth into and implement best practice from the beginning instead of towards the end. We should strive to get asset management right, right from the start of the lifecycle – not limit our thinking to maintenance and day-to-day operations.

It was a pleasure to make the acquaintance of Senator Poe and Mr Batan, as well as industry leaders such as Ferdinand Inacay, CEO of MRAIL, and Thierry Mocquiaux, Vice President Asia-Pacific of RATP Dev Transdev Asia. I look forward to attending the next rail event in the Philippines! 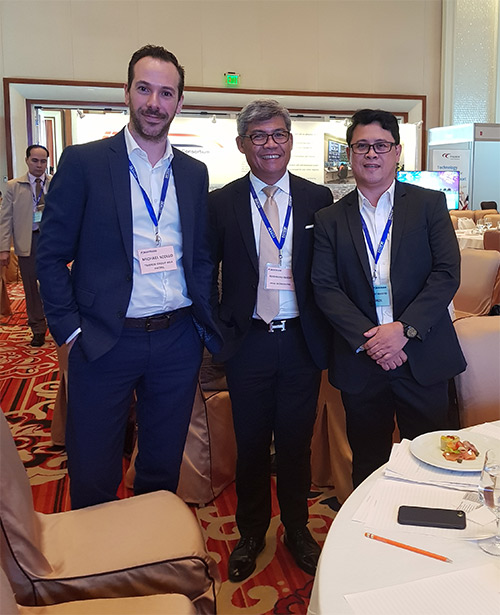